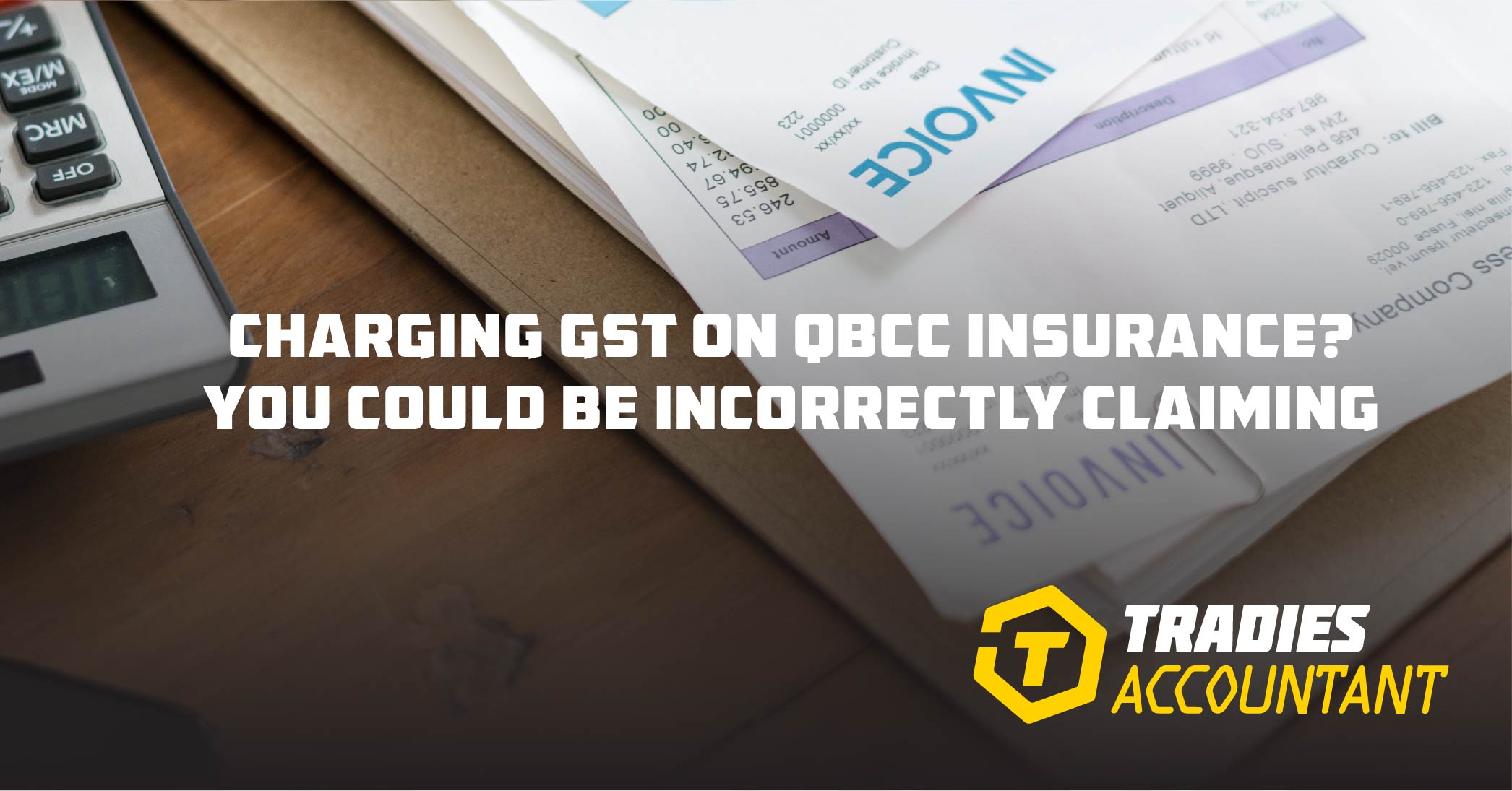 Are you aware of the GST implications for QBCC insurance under the new scheme changes?

Back in 2016, QBCC announced changes to the Home Warranty scheme to expand the cover of insurable items and to allow consumers to increase the amount of cover by payment of an additional premium.  There was also another important change made, in relation to the payment of the insurance premium under the scheme which has important implications for licensed contractors.

Before October 2016, the contractor had a statutory obligation to pay the premium and the owner would receive the benefit of the insurance.  The arrangement is a bit unusual in the insurance industry as normally the person who pays the premium gets the cover.  Because the contractor paid the premium, along with a GST amount, most contractors claimed back the GST as part of their return.

However, since October 2016, the changes to the Act require the contractor to collect and pay the premium on behalf of the consumer to the QBCC.  This change means that as the contractor is collecting the premium and making payment to the QBCC for the customer, this has an impact on GST implications in two ways;

The reason for this is that one of the criteria to claim back GST credits is that the payer is liable to pay the monies in their own right. The changes to the scheme mean that the consumer is normally entitled to the GST credit and not the payer because the contractor is acting on behalf of the payer.

So, what do you need to do?  The QBCC recommends the following;

The QBCC have come up with a handy reference that gives some worked examples for your reference here.

The situation can be complex, so we recommend you get in touch if you’re still claiming or charging GST to ensure you get the right advice.  Contact us and a member of the team will be happy to help.

New Legislation for Security of Payment